With 47 entrants having arrived and settled in by mid-morning, front-of-house compère Innis introduced the day’s proceedings and CO:MK’s iconic wooden easel to display letters and numbers selections. Jason was on hand with his soundboard to play the clock music, as well as comedy soundbites much like you would hear on the radio.

Format
Matches were played out using the Bristol classroom format and followed the traditional 9-round format, with the added twist of 10-letter conundrums at the end of each game. Entrants were initially drawn into groups of four to play their first three games before a first look at the rankings. Everybody eventually played eight matches before the Grand Final showpiece between the top two in the table.

During the lunch break, entrants were invited to take part in a culinary themed quiz hosted by Sara – “full teacher mode” as the students gathered round! Congrats to keen quizzer Suzy Turner, who was the only contender to correctly identify a Cobb salad.

There were a few front runners through the day, and no fewer than five players narrowly missed out on that final having amassed six wins each. Former MK winner Rob Foster qualified #1 undefeated, and Series 77 champion Tom Chafer-Cook joined him by virtue of a draw (6½ wins) and his points total.

From the following selection SSKWAEEML, both declared MEASLES for 7, although an 8 was to be found in MAKELESS. Tom fell further adrift when his declaration tailendx  from DNLIIETAH was invalid, and Rob’s LANDTIE put him 14 points in front.

The gap remained thus until the conundrum, with letters rounds consisting of KGMWAAOUE (both declared OMEGA), NPHAOUCON (COUPON and POONAC), and RBNDOIAGE (BADIGEON and BOARDING). The final numbers gave us 100 7 7 6 3 2, which both our players solved correctly for the target of 549, giving us a tense crucial conundrum to finish.

With the taste of victory so close, Rob also began to taste some PEANUTCOLA, a signature MK 10-letter conundrum. Neither Rob nor Tom could unscramble the rather nicer tasting CANTELOUPE hiding in there, so Rob took his well-deserved second MK crown. There were prizes for all of the top five, plus an array of generous gifts from organiser Zarte for various accomplishments and achievements – drinks, chocolates, and so on. 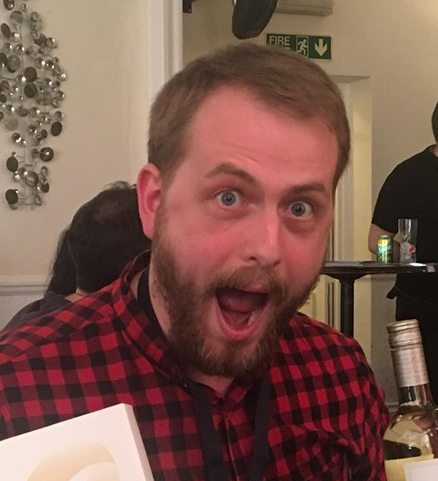 There are four more chances to get some FOCAL Points this year, with events in Dublin (7th September), Liverpool (21st September), Blackpool (12th October), and Braintree (2nd November), ahead of our Finals and concurrent Open Tournament at Molineux, home of Wolverhampton Wanderers (23rd November).

Speaking of the Finals…
Here’s a quick update on the current standings:

Callum Todd maintains pole position after finishing 11th, but Tim Down is a big mover inside the Top 8, up from 5th to 2nd. Rob’s win puts him just inside the Top 8 having climbed eight places from 16th. Jamie McNeill also climbs eight places to 9th in the table having finished 4th at MK. Tom’s silver medal sees him rise a staggering nineteen places to 26th. With four events left to claim points from it’s definitely still all to play for.

A word of thanks
A final note before I wrap this up – and I can only speak for myself – that this event was incredibly well organised and a great time was had by all. Hats off to our champion Rob, and our runner-up Tom for a high quality final.

But the biggest round of applause should go to Zarte and his team, for their tireless efforts both behind the scenes and on the day. It’s clear to see why MK is such a beloved staple of the FOCAL calendar.